I am not sure why it is but so many people, myself included, have an incredibly strong emotional attachment to bananas.

This love for bananas extends to all parts of the world, and I saw this first-hand when I visited a banana plantation in Costa Rica. In fact, people who dedicate their life’s work to bananas are affectionately called bananeros.

So, when I heard the news that the world’s richest man and noted GMO-advocate, Bill Gates, is funding a human trial of genetically-modified bananas, I got absolutely sick to my stomach.

James Dale, Director of the Centre for Tropical Crops and Biocommodities at Queensland University of Technology in Australia, announced that the Bill and Melinda Gates Foundation had donated close to $10M to finance this project and that human trials would take place over a six-week period in the U.S.

The results are expected to be revealed by the end of 2014, and the bananas used for the trials have been grown in Australia and are now being shipped to America for students to consume at Iowa State University. The bananas have already been tested on Mongolian gerbils.

While these FrankenBananas may look like ordinary bananas on the outside, on the inside it is a completely different story. The flesh has a strong orange color to it, instead of a pale one.

The ultimate goal is to have these bananas growing in Uganda and other African countries sometime within the next decade. It has been reported the approval for full-scale commercialization of genetically-modified crops in Uganda is expected by 2020.

BIOFORTIFICATION IS A HORRIBLE IDEA

While saving kids from malnutrition in Africa makes for great headlines and is a very noble cause, the attempt to alleviate this problem through increased nutrition via the genetic-modification of one food, also known as biofortification, is just a horrible idea.

– As we have seen, there are SERIOUS health risks associated with all genetically-modified foods.

– If adopted, these GM-bananas will be grown as one large monoculture, which will kill all biodiversity.

– This is just one more way for Dale and other holders of the patents of these GM-bananas to control the food supply in and extract royalties from very poor countries in Africa.

– The GM-bananas could cross-contaminate other native plant species in Uganda and other African countries. A perfect example of this is what has happened with GM-maize in Mexico.

Bob Phelps, Director and Founder of Gene Ethics, believes that biofortification is an obstacle to food justice and is not the solution.

He says that “most malnutrition and starvation are really the food access disasters of poverty, inequity and social injustice. Thus, the challenge to feed everyone well is much more than adding one or two key nutrients to an impoverished diet dominated by a staple food or two. Yet biofortification enthusiasts such as the Bill and Melinda Gates Foundation do not intend to redress the lack of access to diverse healthy foods for all. They merely propose to add one or two micronutrients to fortify the same few staple foods that most poor people now have to rely on.”

These same groups, Bill Gates et al, are also trying to introduce GM-bananas into India where iron deficiency is a problem. Famed environmentalist and food activist Vandana Shiva has started a campaign called No to GMO Bananas to fight against this plan.

Poverty and malnutrition throughout the world are very serious issues but are largely political ones. We have enough food to feed everyone but the resources are not being directed in the correct manner.

As we have seen so far in history, GMOs have been nothing but empty promises.

In its study Failure to Yield, the Union of Concerned Scientists reported that the biotech industry has been carrying out gene field trials to increase yields for 20 years, all without significant results.

GMOs have caused a massive, massive problem of superweeds and have resulted in a huge increase of pesticide use.

As such, there is no reason to believe that GM-bananas in Africa will deliver any different of an outcome.

This is just one big disaster waiting to happen.

In a letter written from The Alliance for Food Sovereignty in Africa, a Pan-African platform comprising networks and farmer organizations working in Africa, and backed by more than 120 different food groups and 20 individual scientists, these parties are protesting the Bill & Melinda Gates Foundation for funding the current human trials of genetically-modified, beta-carotene-enriched bananas intended for Africa. 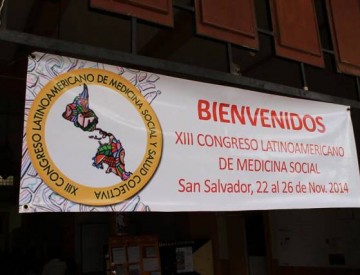